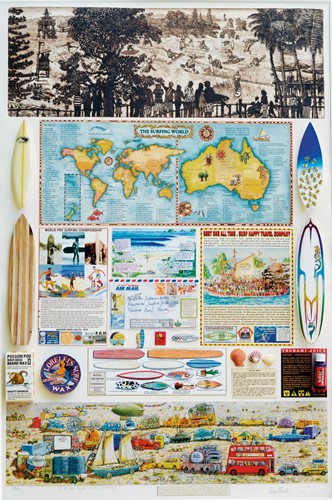 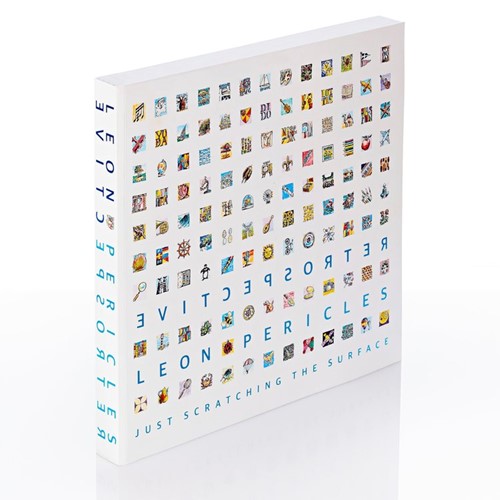 Traversing more than five decades, the publication includes the artworks and details from Pericles’ childhood, art school years, key exhibitions and his career-defining moments. For the first time, this book brings together every etching Pericles has produced over his 50 year career, making it a unique and collectable record for any admirer of his work.

The art book takes us on a chronological journey from 1968 through to the present looking at Leon's work and his life with wife and business partner Moira.

With cover artwork created by Pericles, the book is an artwork in itself and features quotes from some of Australia’s most well-respected personalities including Tim Minchin, Hon Julie Bishop and Ita Buttrose. 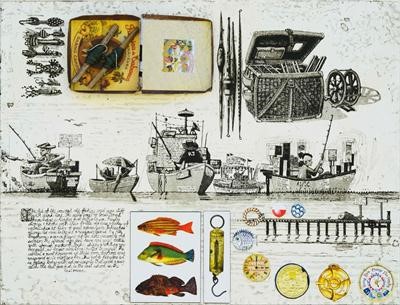 Born in Western Australia in 1949 of Greek and Anglo-lrish ancestry, Leon spent his formative years in the outback town of Meekatharra where his father was a hotel licensee. His interest in art began early.

At Hale School, art teacher Robert Juniper undoubtedly influenced his decision to pursue art studies. These culminated in postgraduate studies in the U.K. From an early age he won awards, quickly establishing skills and interests in a diversity of media such as painting, printmaking, sculpture, design and kitemaking.

His great love for the outback of Australia shows clearly in his work and his imaginary town of Widjimorphup features prominently. As one noted critic has said. "The spirit of Widji emerges throughout Pericles' work and using the myths of Widji he distils the essence of the Australian bush, all imbued with the whimsy and enchantment which are his trademark."

The inhabitants of Widji (along with hundreds of public participants) have joined in major satirical performance exhibitions. In Perth and London in 1983 a Royal East Widji Art Society exhibition celebrated an historic art find under the Wid ji Town Hall.

During the 1987 America's Cup in Fremantle an exhibition was held to celebrate the "Royal Lake Widji Yacht Club's" challenge for the Cup. It featured the innovative bush-built, corrugated iron 12 metre yacht "Kiss of the Shag".

In 1995 he undertook perhaps the largest Australian touring exhibition by a single artist with his "Tiggy Puggenheim Collection". This satirical exhibition based loosely around the famous art patron Peggy Guggenheim, highlighted much of the hype and pretence associated with blockbuster travelling art exhibitions. It was exhibited at 20 venues throughout Australia over a 9 month period .

In 1989 the Western Australian State Art Gallery curated a retrospective exhibition of his prints entitled '20 years of Printmaking". In 1996 a 25 minute documentary video of the artist and his work was produced.

In 2002, Moira Pericles , wife and business partner, curated a print retrospective spanning 33 years of Pericles¹ handmade printmaking. This impressive body of work comprising over 100 pieces was accompanied by a publication including more than 80 colour plates and biographical text written by Moira which is a warm account of the life of the artist and events and influences which spawned the body of work. This touring collection began in Perth in June,2002 followed by Broome in August 02, Margaret River in November, December, 02 , Adelaide in May, 03, Sydney in July 03 and Melbourne in September 03.

Major commissions include a painting and construction work for the foyer of the Western Australian Academy of Performing Arts (seePaintings )and a spectacular stained glass window for the chapel of Presbyterian Ladies' College, Perth.

An interest in kites many years ago led to the construction of a magnificent kite which won several international kite awards. The kite was flown in China before an audience of 200,000.

A fascination for the old and beautiful will find Leon in auction rooms and antiquarian book shops pursuing interesting objets d'art. Music is an intrinsic part of his life, which is punctuated by activities such as windsurfing, diving, or tending his exquisite garden. Whenever possible, the Pericles family travel - often to far-flung favourite camping spots or to exhibitions in other parts of the world .

Leon is acclaimed nationally and internationally and has held many solo exhibitions throughout Australia and overseas since 1969. His work is held in numerous major public and private collections. His witty and unique views of Australia, combined with his outstanding talent have earned him the reputation of being one of Australia's most prominent artists.