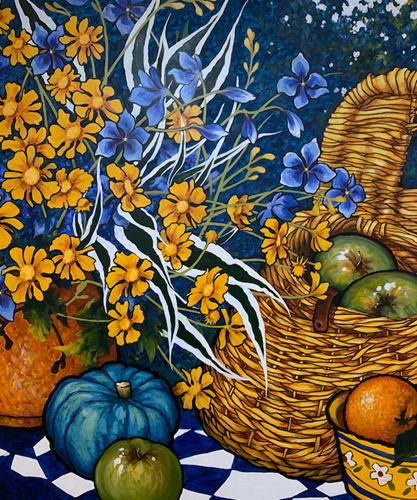 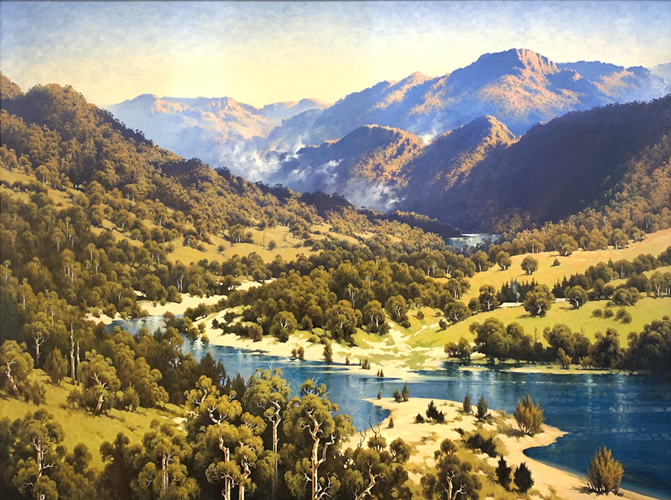 Australian painter, internationally represented with exhibitions in London, New York, Europe and Australia and in the collection of Queen Elizabeth II, Prince Phillip and the Prince of Wales and the late Princess Diana. Olga's paintings are also in the collections of Sir William Heseltine, Lord Glendevon, General Sir Phillip Bennett and Lady Bennett, the Government House, Hobart and the Caloundra City Art Collection.

The Wollongong Town Hall holds one of Olga's abstracts and the Canberra War Museum has her painting of the War Memorial vessel "Krait". She has caused front page headlines with her controversial portrait of Stipendary Magistrate W.M. Shirley. She has studied at the National Art School for modern art, sculpture and photography, then went on to teach at the Adult Education Centre, N.S.W. before leaving for Europe in 1976.

On arrival in Spain, Olga purchased a 65ft yacht and cruised the Mediterranean for two years with her family. Her children attended school in Gibralter, where she shared an art studio with two other artists. She flew to London for her first major art exhibition in the U.K. held at The Fine Art Guild Gallery, in 1978. Later that year she sailed to England where she sold her yacht and her children could attend to their higher education. She taught education for art whilst living in Europe and judged a photographic competition between Malta and Gibralter, for handicapped children.